After she accused her ex boyfriend of beating her mercilessly, a young girl has revealed the reason she was battered.

According to earlier reports, this girl was dating an alleged internet fraudster (yahoo boy), the relationship was going on well because her ex boyfriend was buying expensive designers, giving her a lot of money and she is also using the latest model of iPhone.

Check out few of their photos below 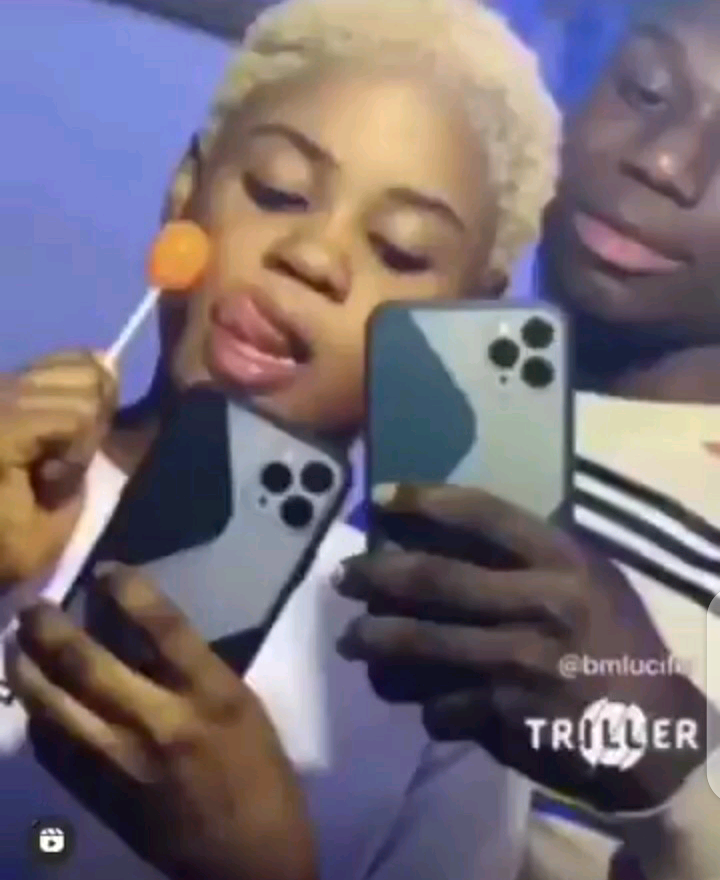 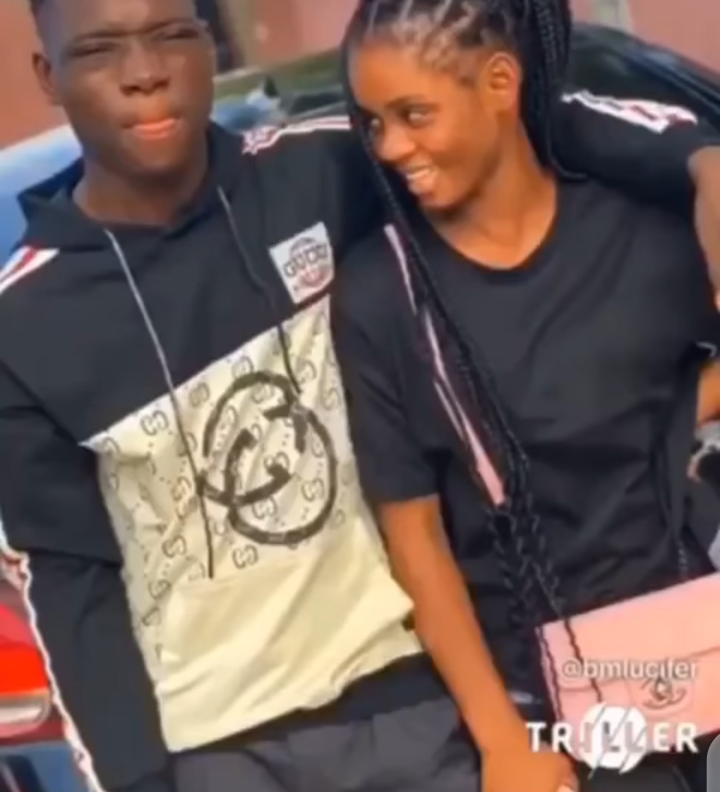 Unfortunately, their relationship ended after the video of the girl with a swollen face went viral. Many people asked questions about what really happened and she alleged that her ex boyfriend tried to use her for rituals.

Read Also!  Man takes a selfie with his cheating wife and best friend after he caught them red-handed( photos)

According to what she narrated in the viral video, he invited her to a hotel and she honored the invitation. When she entered his hotel room, her ex boyfriend tried to use force to place a calabash on her head but she quickly escaped it. The boy was angry that the calabash didn’t touch her head, he wanted the phone that he bought for her back but instead of the girl to give it back willingly, she broke it. This was when he started to beat her badly. 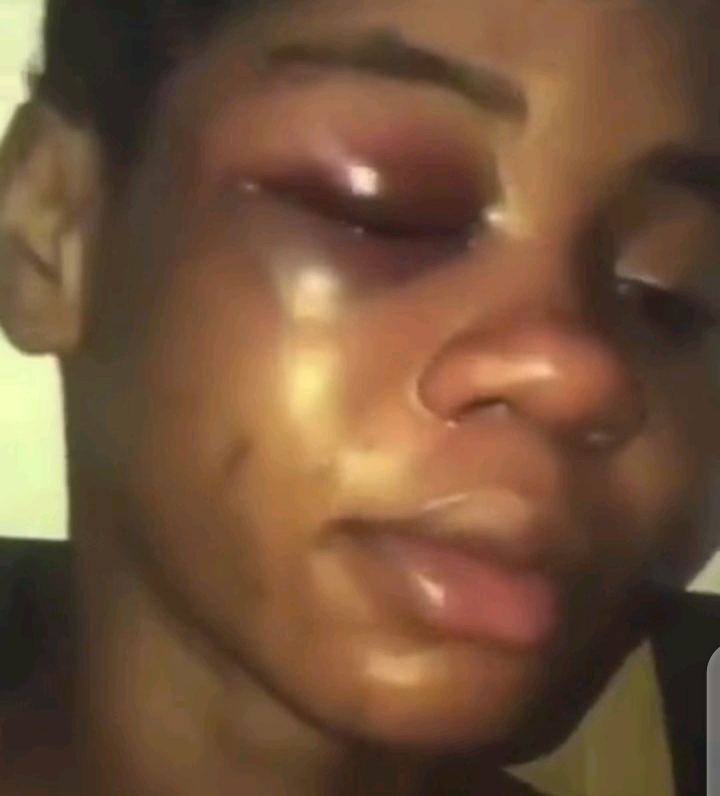 You can watch the video below 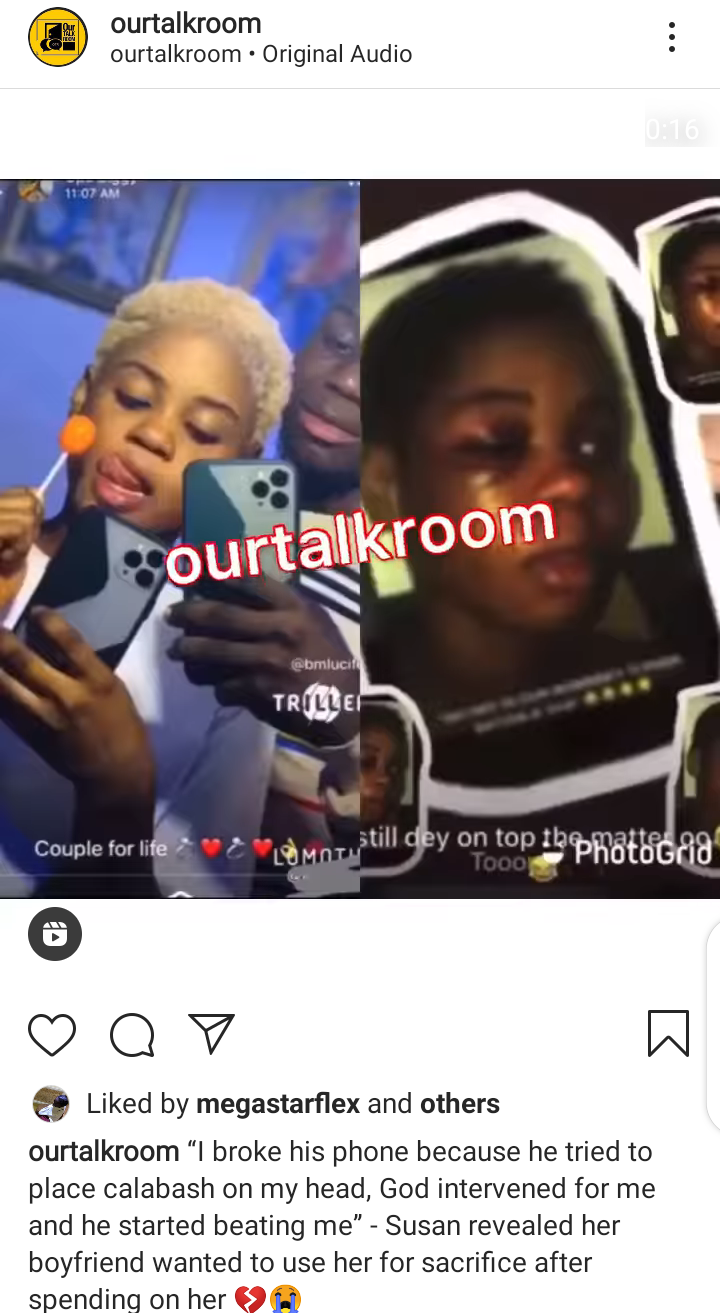 Nigerian Actress, Nsisong Daniel Reveals When Kissing On Movie Set Turned Her On

There is only one king – Burna Boy’s PA shades Wizkid, slams singer’s fans for badmouthing his boss (photo)

January 16, 2021January 16, 2021Mercy Ololade
Manny, the personal assistant of singer Burna Boy has taken to social media to slam the fans and followers of Wizkid....

January 13, 2021January 13, 2021Mercy Ololade
A selfie of a man with his naked cheating wife and bestfriend has surfaced online and has become the topic of...

January 13, 2021January 13, 2021Temitope OjoCh0pping, Freshers, Friends, hostel, KNUST, love, orientation, their, were, whiles
KNUST Freshers Ch0pping Love at the Hostel whiles their Friends were at Orientation. A viral video which has been spotted by...

I Came To Village To Find a Decent Girl to Marry, But They Now Wear Leg Chains – Nigerian Man Laments